Don’t Short Side Yourself

Home > Don’t Short Side Yourself

By Jon Woodroffe
Most shots are lost around the greens by the majority of club golfers. Better technique and practice are certain ways to improve, but also not putting yourself in bad positions can save shots off your score. 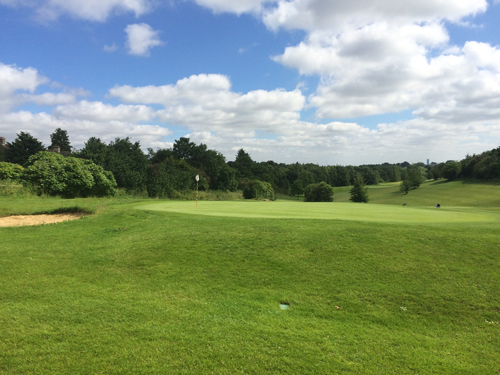 From here you will probably dump the next shot in the bunker; either fluff the next or thin it across the other side and take another 4 from there. The result of this is that you blame your poor short game where if you had not been there in the first place many shots and raised blood pressure would have been avoided.

In a situation like this there really is no point in trying to play to the flag. There are acres of green to the right so in your mind, place a flagstick smack in the middle of the putting surface and go for that. If you end up hitting a bit to the right of your intended target, you will be left with a huge putt or a long chip and run shot with plenty of green to play with.

If you pull the shot a bit left of where you intend you could end up very close to the flag and could always claim to your playing partners you were intending to be that aggressive.

When aiming for a flag like this be careful not to let your eyes stray over to the real flag as your subconscious will be drawn to hitting towards it, so aiming at imaginary targets is a skill that will take some working at, but it will pay off in spades if you can stop short siding yourself in future.